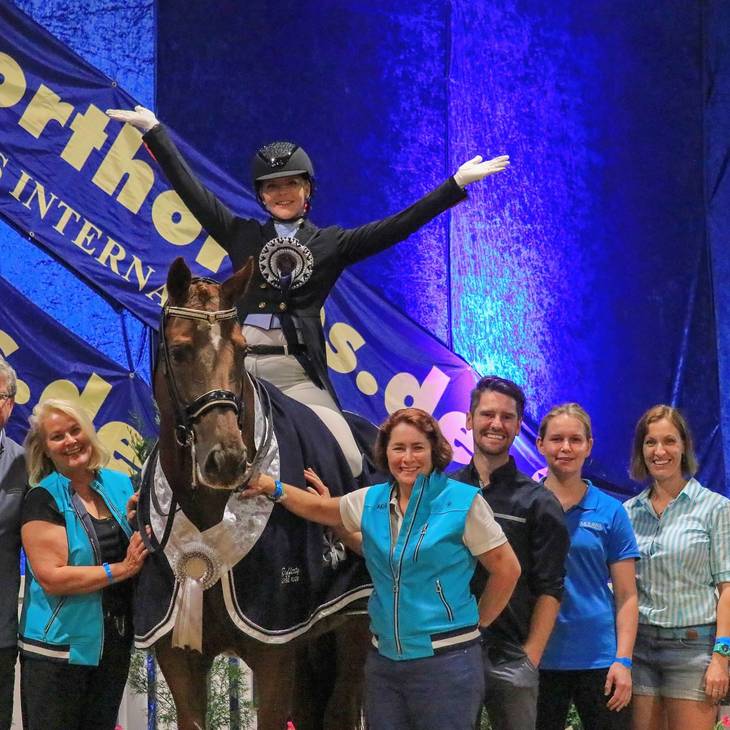 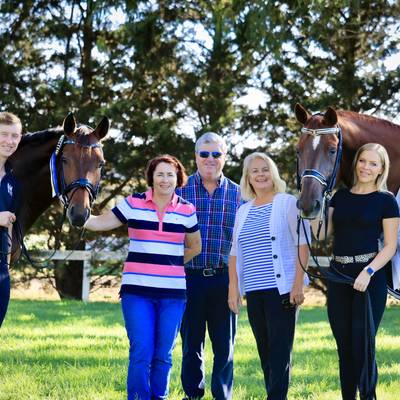 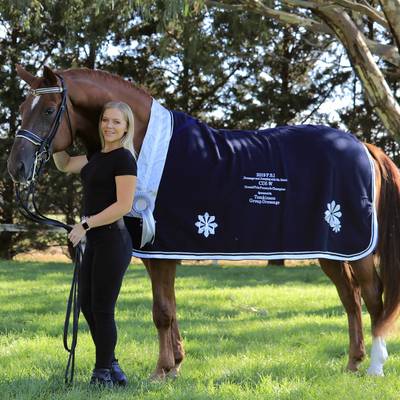 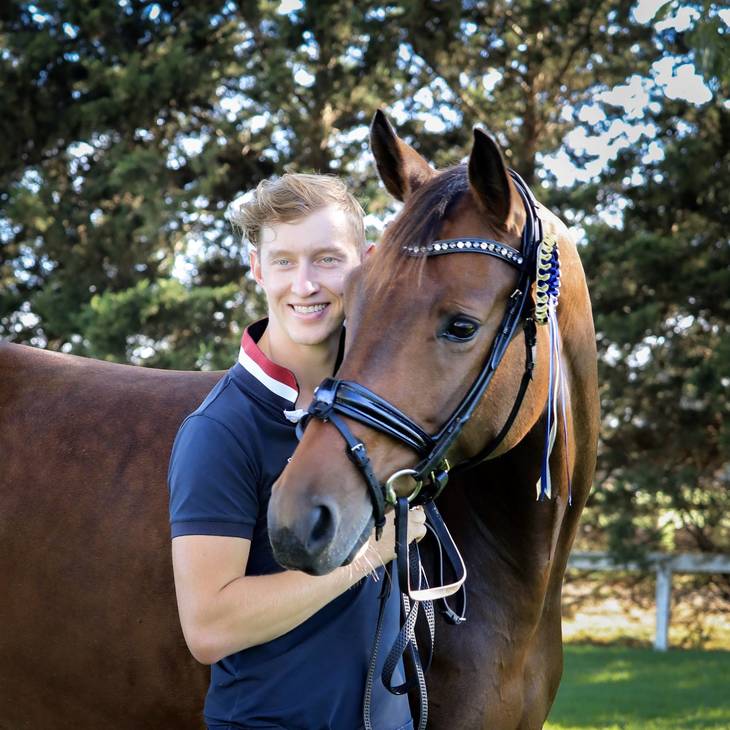 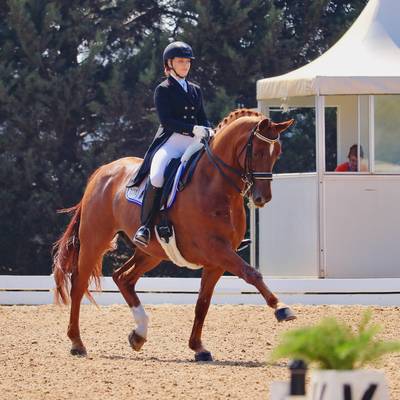 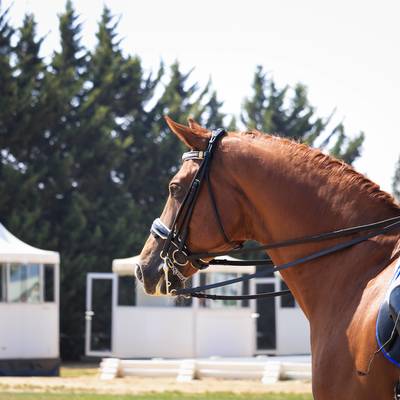 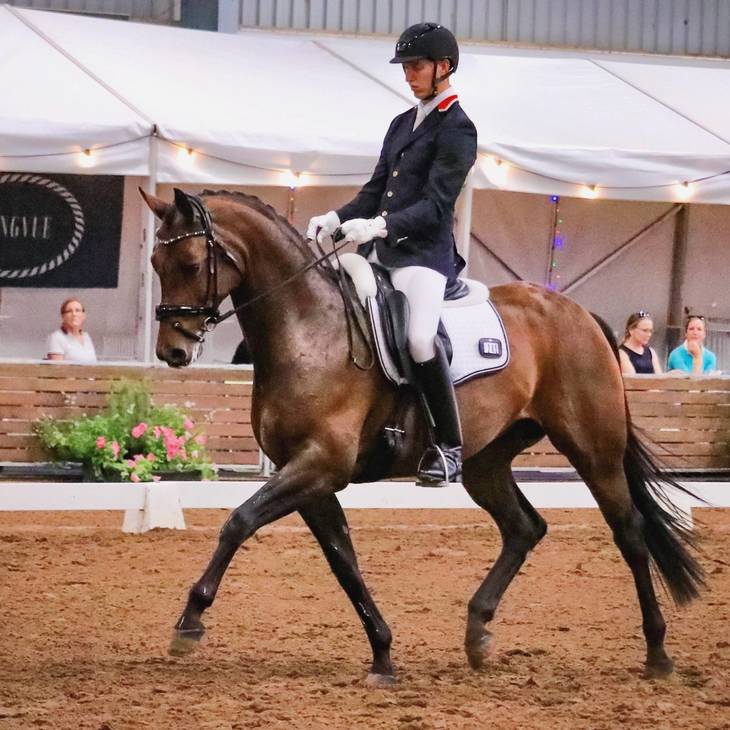 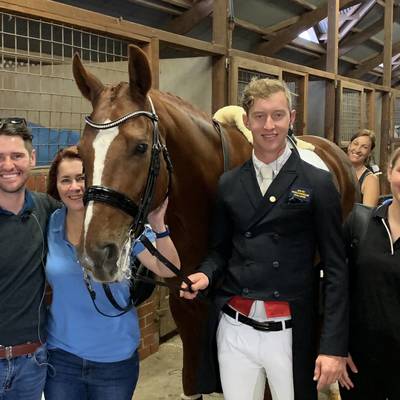 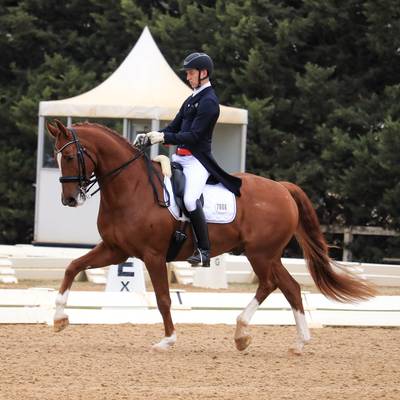 Dressage and Jumping with the Stars has always been marked as a highlight on Team Performance’s competition calendar.

In previous years Mulawa Performance horses SUGARLOAF SIRHARA, REVELWOOD DONATELLO, MI SIRTAINLY SIR, and ABER HALO MI have been crowned champions at DJWTS. This year was no exception, with our team being awarded remarkable accolades.

Katharine Farrell and LUXOR 118 have been strong contenders on the Australian CDI Big Tour circuit for the past five competition seasons. After placing 2nd in the CDI GRAND PRIX, the pair broke new ground in their competition career at DJWTS 2019 – producing the winning GRAND PRIX FREESTYLE test. This is a wonderful result for Kate and Luxor, who have reigned as undefeated National U-25 Champions since 2016.

By foundation sire ABER HALLO 29, ABER SIENNA MI is a first-generation Mulawa bred mare from 2012 PSI DJWTS Champion of Champions SUGARLOAF SIRHARA and is a full sister to ABER HALO MI (2018 PSI DJWTS 4YO CHAMPION). She has proved herself to be one of the most promising young competitors in the performance barn, displaying exceptional quality. With Riley Alexander in the saddle, Sienna earned consistently high scores from the judging panel. Their encouraging remarks spoke to Sienna’s natural elegance, willingness, exceptional trot, and bright future in the competition arena.

Once again proving himself to be a capable competitor, MI SIRTAINLY SIR continues to go from strength-to-strength in the DJWTS arena. In the Prix St Georges he earned high scores and was rewarded for his continuing refinement and finesse. After a small glitch in their Inter I Freestyle floorplan, Riley and Andy (as he’s known in the performance barn) had to improvise to catch up – which they did incredibly well. While not every movement could be marked, they succeeded in producing some spectacular work and a respectable score. A commendable effort.

Behind the scenes, our indomitable performance coach John Thompson, performance manager Danielle Currie, and team assistant Lena Seiler worked tirelessly with the never-ending support of the Farrell family to make sure both Riley and Kate could concentrate on giving each ride 100% - which they did indeed.

We thank our team, along with the team at PSI Dressage and Jumping with the Stars and their sponsors for making this year’s show a stellar event.